Infographics in PR: Why You Need Them, How They Help, and How Not to Screw Them Up

PR specialists around the world create several presentation materials on a daily basis that are intended for large audiences. These include anything from reports or white papers to press releases or videos.

This article goes out to those PR specialists.

Why do we need infographics?

How often do you read reports, presentations, or press releases all the way through when you receive them to your email? Rarely. It"s understandable, you"re a busy person… but this spells trouble for the people who took time out of their life to send it to you.

It"s one thing to create content aimed at a specific person; somebody who has asked for that document and is waiting for it to arrive. It"s a completely different thing to prepare engaging content for an audience that is not expecting it. This unexpected content often comes in the form of press releases or corporate announcements and it"s usually much more difficult to make a lasting impression with it.

Infographics are a great way to deliver information in a way that is engaging for target audiences. They are a supremely effective way of conveying messages, ideas, and achievements.

How can infographics help business?

The hard work doesn"t end when your graphic designer has finished designing a graphic. In fact, the most important thing about an infographic is how effectively it is delivered to its target audience. Even if you know every single email address that you"re going to send the document to off by heart; even if those addressees open the email… there are no guarantees that they will take in the information that they read.

In an inbox-ocean of subject lines, it"s no longer good enough to have a catchy subject. Readers need depth, and it"s important to effectively express yourself to them. Well-planned, vivid infographics help keep the readers" attention firmly where you want it.

Example. This infographic from the Naftogaz Annual Report attracts attention with its visual simplicity. There"s a lot of information encrypted within it, explaining gas trends all the way from source to consumption — thus giving a comprehensive picture of Ukraine"s gas industry. 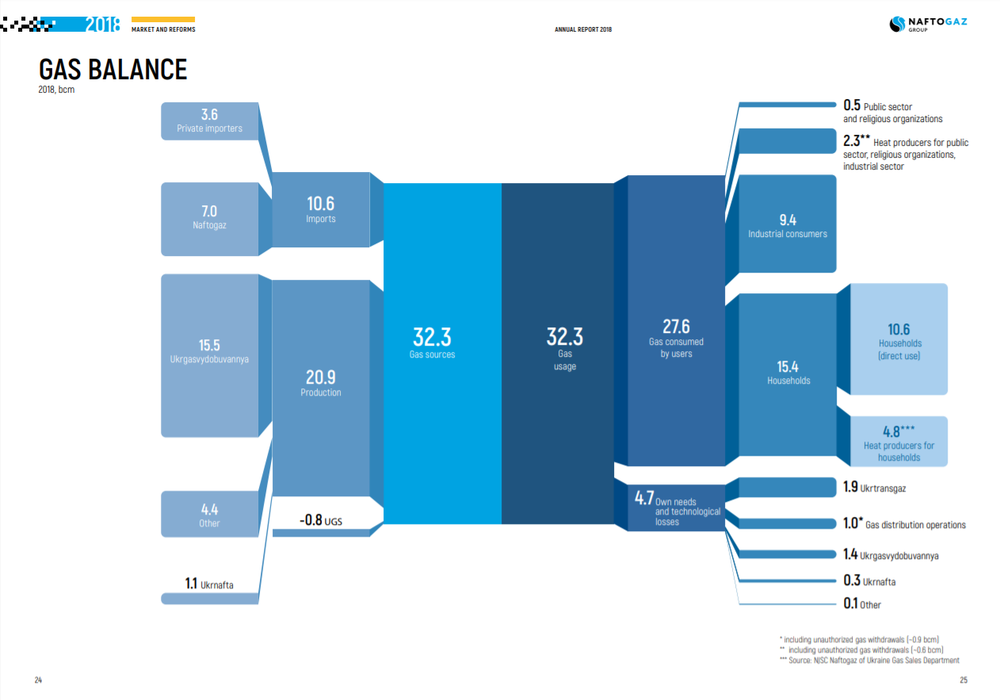 Publicists are often faced with the quandary of how to explain the complicated niches of their industry to press, partners, and customers. Things like production processes, financial results, corporate sustainability, and environmental sustainability might not be as clear to a newbie as they would to an untrained professional.

Explaining these complexities with text is a waste of time. It"s easy to get lost in text; even easier when reading something unfamiliar. Infographics provide the simplicity needed to explain large, complex data in a clear and understandable way. One infographic is enough to replace 2000 words, 20 normal graphics, and more.

Example. In this infographic, TB Fruit explain their production processes, whilst demonstrating the modernity and safety of those processes at the same time. 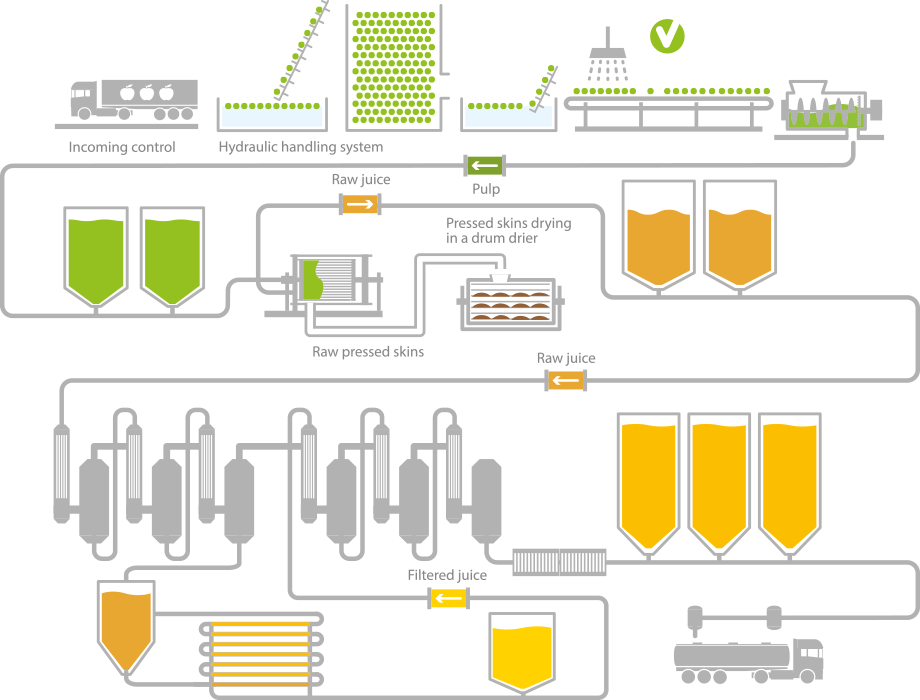 For a company to be successful in its sphere, it"s important that they become an "opinion leader" within it. When your business becomes one, it becomes much easier to set the tone of discussion within the sphere. Getting to that point is a different matter.

Traditionally, companies would spend a lot of money hosting conferences with a line up of big-name speakers and a glitzy ceremony. Despite being a good way to gain media attention, it is not efficient in terms of time and resources… especially when it isn"t matched by the quality of content.

Good infographics work in the same way a good blog does. They offer focus and emphasis, which we need when we are trying to open a discussion. Infographics are a pleasant alternative to having to wade through several graphs, which can make discussion slow and lethargic. Several graphs can lead to several conclusions, whereas one infographic pushes readers to one desired conclusion.

Example. This agribusiness fraud infographic was produced by SmartFarming. It shows which level of employee can engage in fraud at which levels of the agricultural process. It also offers answers on how to deal with it. 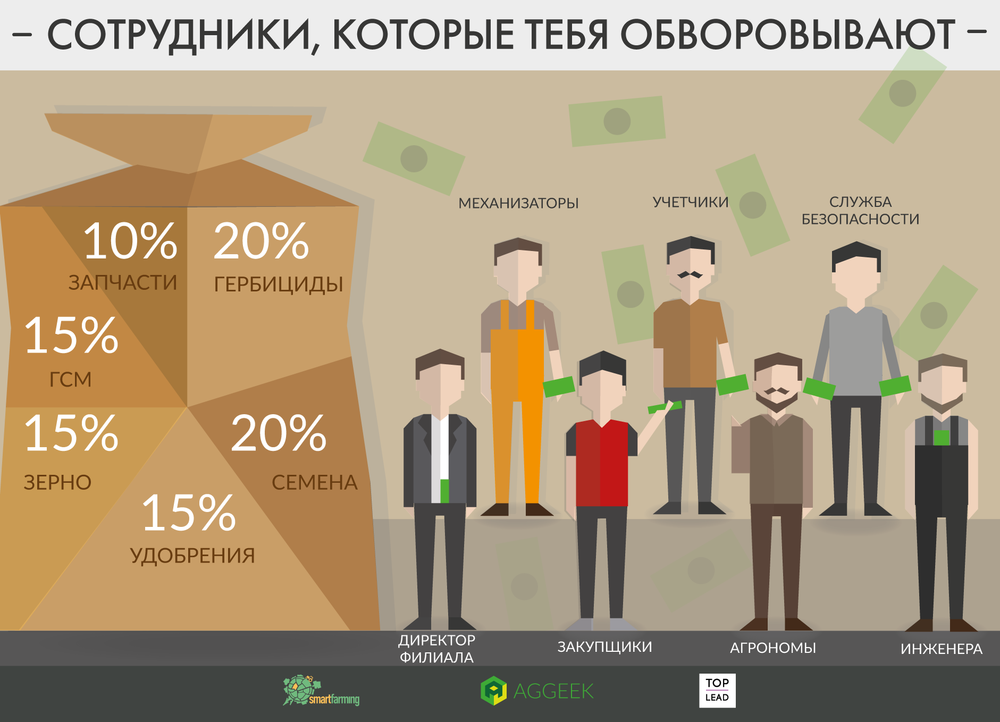 Please note, this is only part of the infographic. You can see the whole version by following the link.

Infographics are popular across mainstream and social media

People recognise and remember visual cues more effectively than text. With this in mind, it"s easy to see why infographics are becoming more popular than long, cumbersome articles. Even the mainstream media are waking up to infographics, and are more likely to use them in their publications. Everybody needs sensible illustrations for their articles; stock images are tired and most of the time they don"t even make sense.

Infographics are an effectual way of directing public discussion in the direction your business wants it to go in. They also open doors to new discussions about problems that are facing the public or corporate worlds.

Example. This infographic, titled 12 Ways to Manage a Business from Anywhere in the World, gained 7000 reposts. Why? Because it is relatable. It helps solve a common problem amongst the world"s managers by explaining how to manage a business whilst constantly on the move.

You can see the whole version by following the link.

How do you prepare an infographic successfully?

Not every infographic attracts attention

Making infographics isn"t easy. They take time to plan, research, and design. If there isn"t equal time and dedication invested into every single one of these processes, then creators are faced with confusing jumbles of colour that make no sense to anybody but themselves.

We have put a few examples together of infographics that have failed. These infographics prove that if they aren"t tackled in the correct way, the whole process can be a waste of time, money, and manpower.

Make sure emphasis is in the right places

This infographic, Where does your food come from?, is supposed to explain the import directions to the United States. The problem is, it doesn"t answer the question that the title asks. The visual accents are placed in the wrong place, and instead of focussing on countries… it focuses on products. In fact, the countries from where the products come from are merely background information.

In addition, annoying oversights were made within the graphics. Peach is labelled as "fruit and nuts", onion as "fresh vegetables and melons", and honey is illustrated by honeycombs — but the graphic isn"t as clear as it could be. 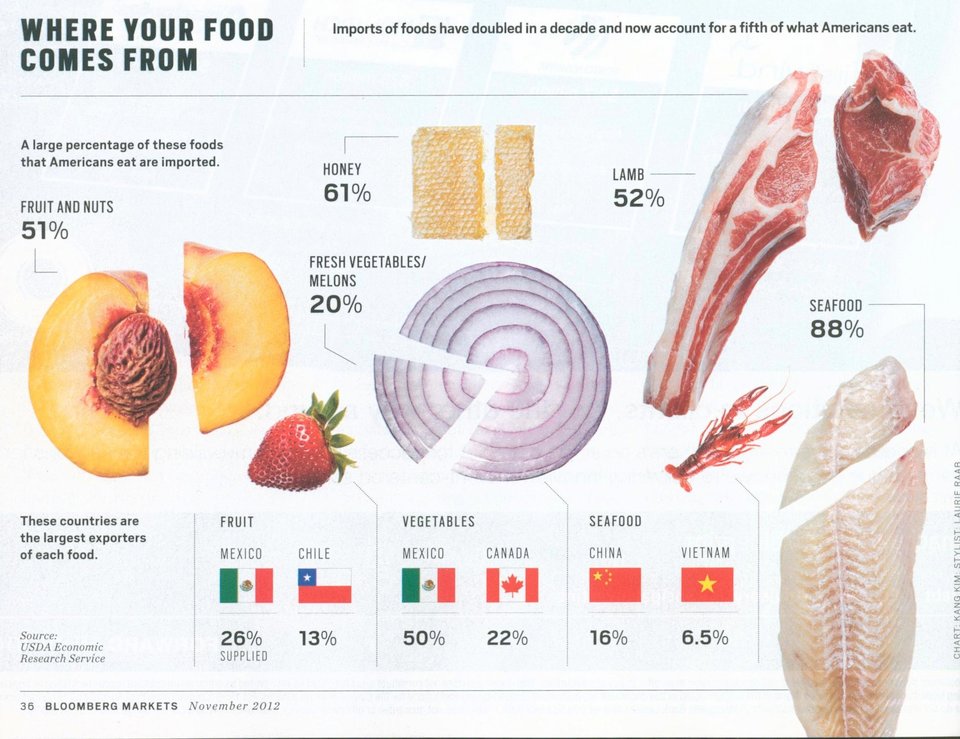 The emphasis within this infographic should be placed on the countries, rather than the product. It"s amazing to think that this infographic was published by Bloomberg, meaning potentially millions of readers will have understood absolutely nothing from it.

Infographics allow a reader to easily see the difference between numerical variants like sales and market share. In this example, the creators incorrectly selected elements that reference sales volumes of different companies. Sales at Burger King are only three times higher than at Starbucks, but it"s easy to think that they are so much more when we look at this graphic. Logos, by nature, are different sizes and shapes. It"s impossible to use company logos of different sizes to compare figures in this way; this is not an adequate tool for comparison.

The creator has tried to be too clever. Geometric shapes such as circles, rectangles, or just simple graph columns would be much more suitable in this case. 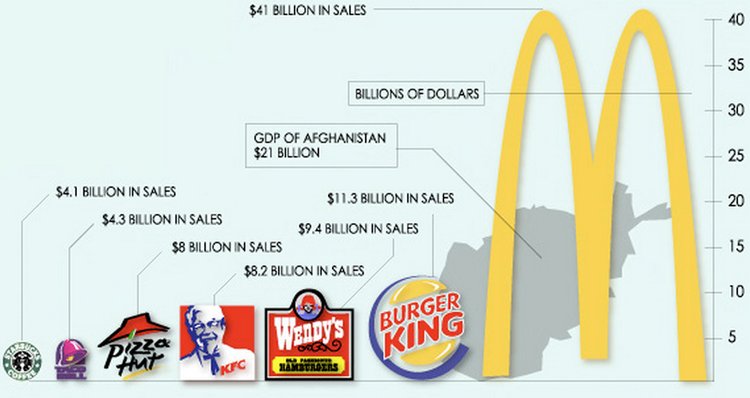 This example is another unproportioned mess. The infographics should show how the Baby Boomer Generation evaluate themselves, who were born between the 1940s and the 1960s. As many as 40% consider themselves to be leaders and 61% of them want to learn. The problem occurred when the creator decided to throw the concept of proportion out of the window. In what world does 40% look the same as 22%? How can they be so careless? The only way we can gauge these differences is by looking at the numbers, and at this point these numbers may as well be back in a boring report where they belong. The infographic is rendered useless.

To put the cherry on this disgusting cake, if we add up all these numbers we come to a gargantuan and impossible 243%. The creator has given themselves too many characteristics which are too broad to express in one graphic. 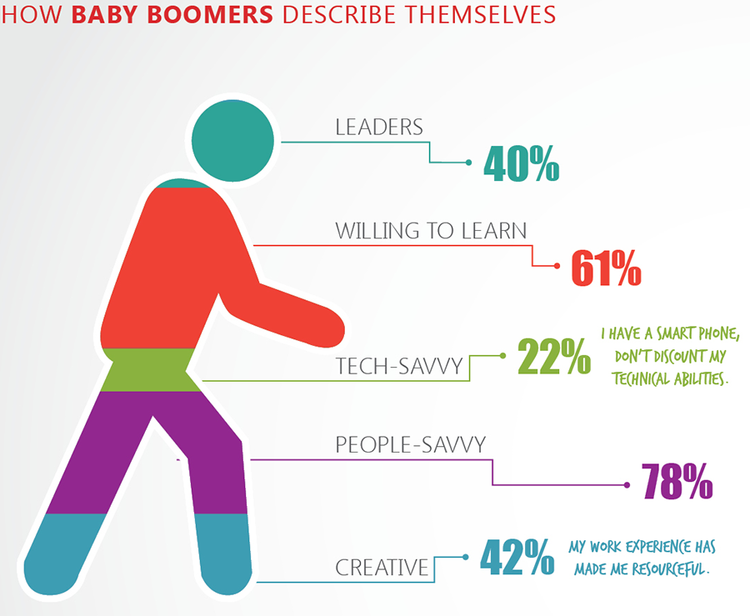 Text on a picture does not make it an infographic

The word infographics is a blend word of information graphics, which refers to visual information. This example claims to be an infographic, but it isn"t. This is just some information with a side of visual elements. This would make a good blog post, or social media status; after all, the description of the step sequence is correct. The irony is that this "infographic" tells us how to make an infographic.

You can see the whole version by following the link.

Visual style can push readers away

This infographic doesn"t combine background colours and visual elements, there is no main emphasis element to attract attention, and the text is illegible due to a disgusting font. I would be ashamed to call this an infographic; this is simply a set of terribly designed charts. 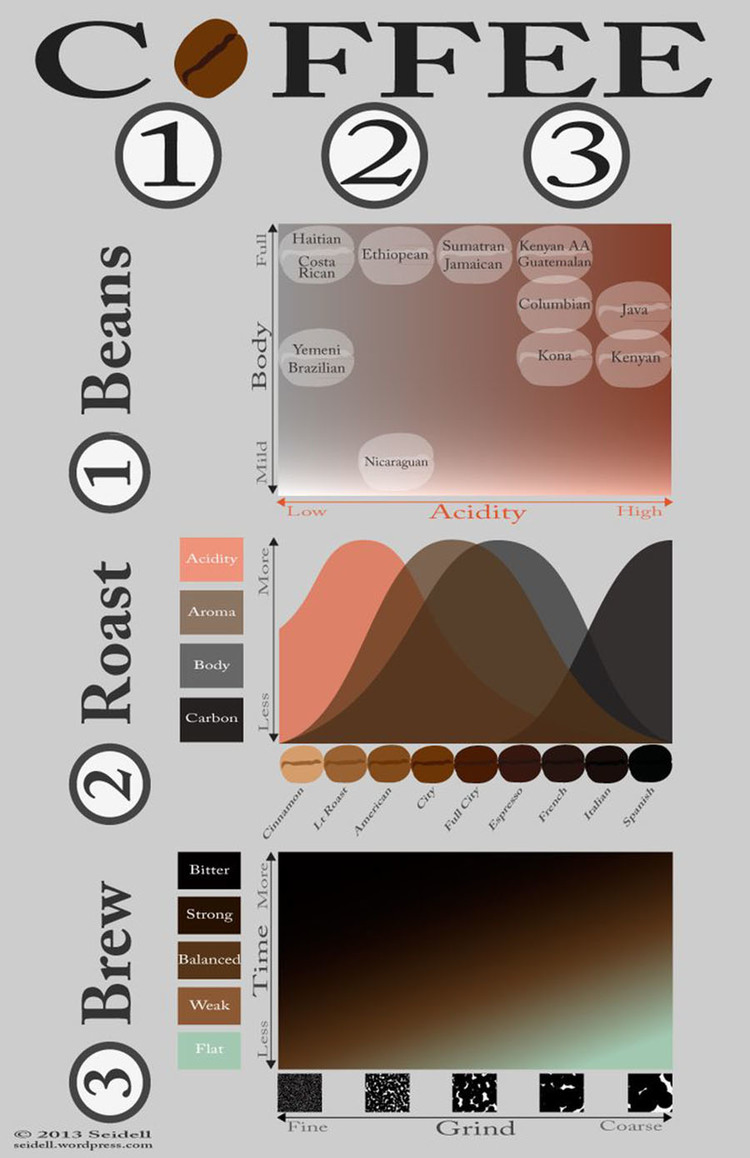 To be fair, the proportions on this infographic are all correct and it is centred on an ethically important topic, mortality rates from infections in hospitals. It could easily go viral… if the data that is demonstrated was correct. 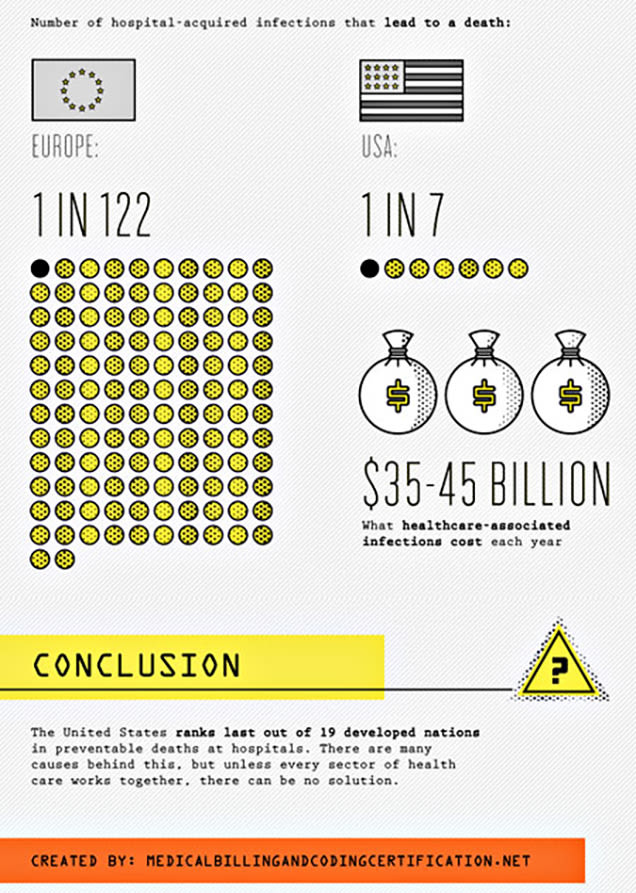 To make an effective infographic, it"s important to check data and draw the right conclusions from it. If not, a misrepresentation could have dire consequences for a business as they could be accused of manipulating public opinion.

Highlight the main information; get rid of anything you don"t need

This infographic was not planned well enough. When you start the infographic process, it"s important to decide which ideas the readers need conveying to them. After that, we can find the data that best represents those ideas.

Here, the abundance of information is overwhelming and confusing. Instead of giving clear answers and emphasising the focus, the creator has left readers wondering where they are up to in it all. This is a one-way ticket to the "X" button for readers. 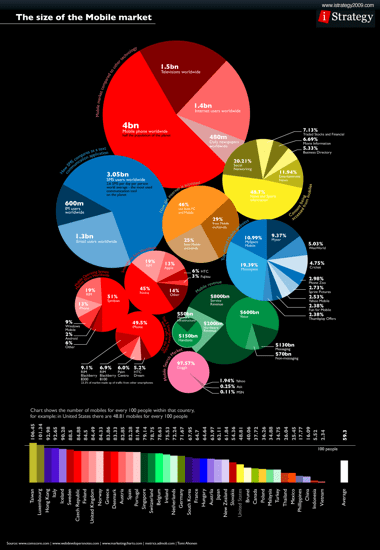 This infographic shows us how to make compost ourselves. The problem is that the process is very easy, and there was no point in visualising it in this way. What"s more there are way too many different fonts going on here.

There are other ways to convey a message to large audiences than infographics. We can write them down in a blog post, create a news article, broadcast on social media, or use traditional media by sending out press releases.

PR specialists need to be aware of these trends in modern media in order to stay one step ahead of their competitors. Today, it seems that every market is saturated; this saturation means less exposure per business. The struggle is real.

Infographics cannot save your business, but they can help get you the recognition that you need for victory in this rat race.

Top Lead can help your company present a lot of information in an easily-perceptible infographic. Our infographics can spread and eventually go viral, which gains more exposure for your business. Leave your contact, and we will get back to you as soon as we can.

Techno or Tango: Does Your Content Match Your Client’s Rhythm? 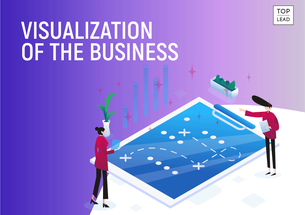 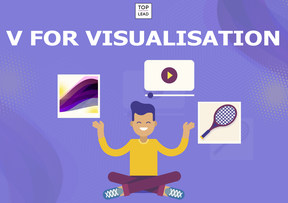 Picture This: Your Business Making More Money With Fewer Words on Product Listings 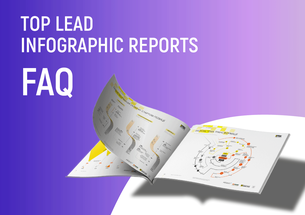 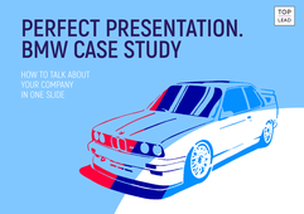 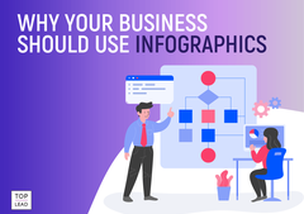 An Industrial Infographic: Better Than 1000 Words