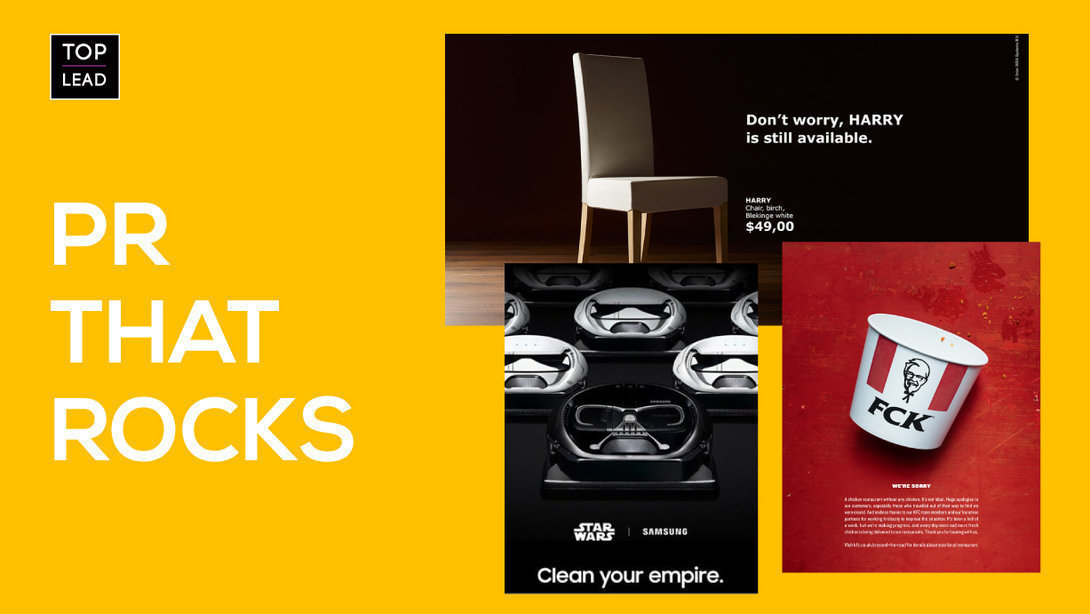 Most modern PR campaigns are like annoying mosquitoes, flying around the room; preventing you from falling asleep. Methods of attracting attention can be annoying, sometimes clumsy, and often bursting with conceit. Few people manage to come up with something truly original, to create content that attracts potential target audiences, or to increase brand loyalty within an existing audience.

Even though there are not many truly successful examples of advertising, there are several universal approaches to its creation.

Method 1: Use trending news — this is a great occasion to remind consumers about your brand

Catch the wave of a big news story and ride it. There is one potential landmine to avoid with this method, however. Do not drown underneath the mass of other newsjacking creators that are riding the same wave.

Newsjacking is the art and science of injecting your ideas into a breaking news story to generate tons of media coverage and social media engagement.

How exactly do you find an event that is suitable for PR activity? Well, there are two ways. The first is to take advantage of any expected event: a holiday, the release of a new season of a popular series, sporting events like the World Cup or, if you're lucky, a royal wedding.

For example, Samsung gratified the needs of Star Wars enthusiasts with a new device to help clean up the "empire". This is the limited edition POWERbot Star Wars™ Robotic Vacuum Cleaners. Having Darth Vader slave away, sucking up dirt all day is the dream of any aspiring Jedi. 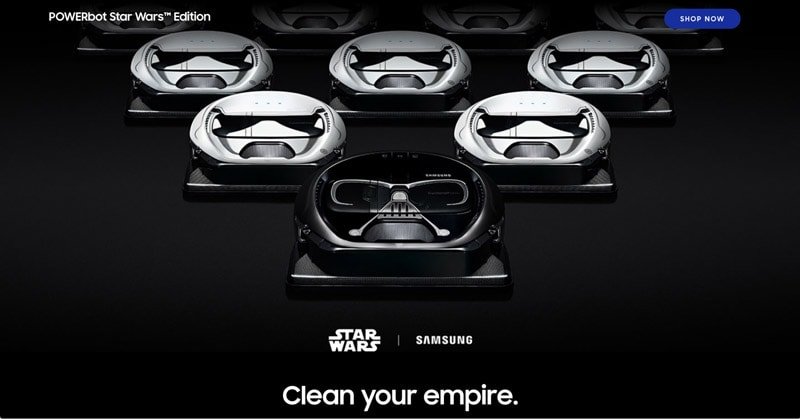 Through the cracks and whimpers of the hearts that broke when Prince Harry married Meghan Markle, IKEA was able to reassure all those who missed out on their Prince Charming. Rest assured, Harry was still available… and for less than $50 a piece. 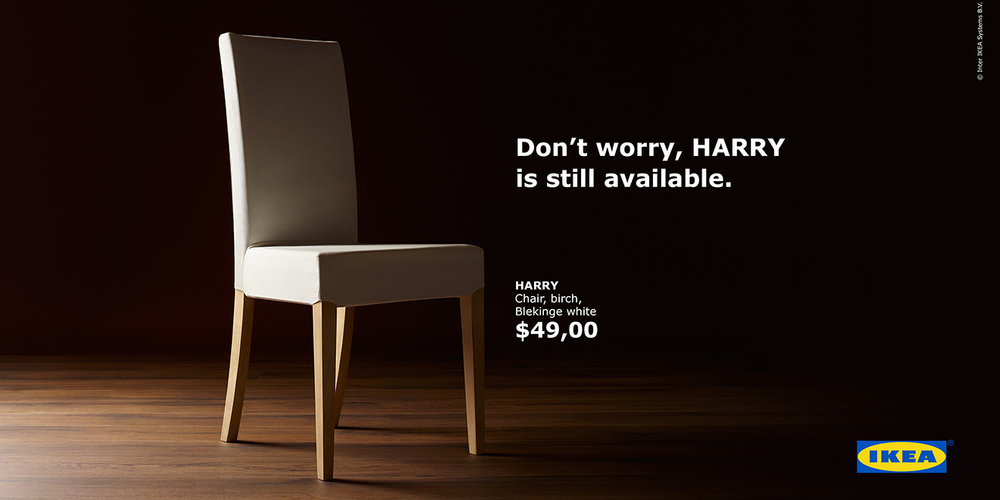 Even a solar eclipse can be an excellent PR opportunity. Krispy Kreme, usually a white-glazed doughnut maker, released a limited-edition series of sweets completely coated with chocolate glazes to coincide with the eclipse. This was the first doughnut of its kind to look like an eclipse.

An alternative to this method is to expect the unexpected; to see the unforeseeable. For this to work, a brand needs to catch an event within an event that is of interest to an audience.

During the 2014 FIFA Football World Cup, Uruguayan national team player Luis Suarez bit the Italian defender Giorgio Chiellini. Snickers successfully seized the moment and tweeted a picture. The incident turned out to be consistent with their slogan — "you"re not you when you"re hungry." 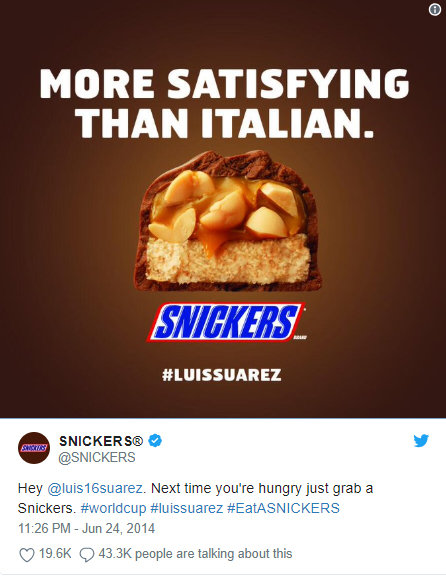 The Super Bowl blackout in 2014 was another shock sporting event that brands took advantage off. Oreo took the opportunity to publish a post in which they reminded subscribers that consumers can still dunk their Oreos in the dark. 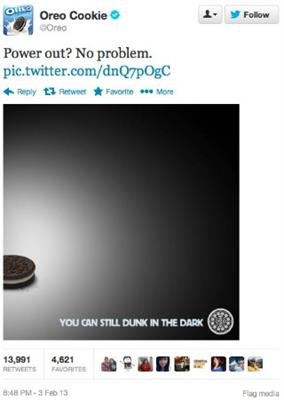 Social networks are generally unpredictable. It"s impossible to guess which post will bang and which will flop. Brands should regularly surf social networks in search of popular memes to take advantage of. Remember that dress? Who could forget… Was it blue or was it black? White or gold? Who really cares? Well, for a short time the internet did. Many brands took advantage of this hot topic at the time, and none more so than the Dunkin" newjackin" Donuts social media team… "It doesn"t matter if it"s blue/ black or white/ gold, they still taste delicious" 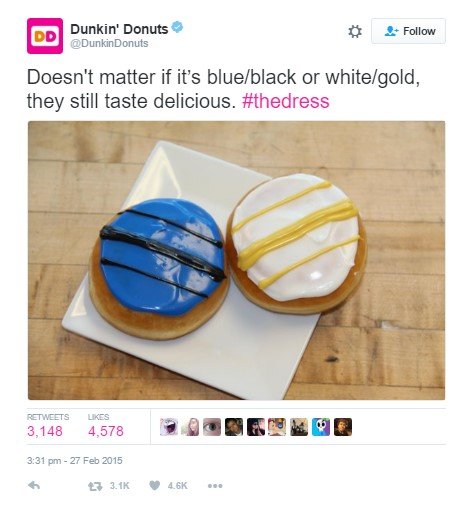 Method 2: Use augmented reality to create a wow effect

The advert for the new season of The Walking Dead took the sensory experience even further. This will definitely be remembered for a long time.

Anybody who has ever redecorated their apartment knows how hard it can be to imagine whether something is right for you. IKEA solved this problem by using modern technology. They made an application that shows how any catalogue item fits into any users" apartment.

Method 3: A non-standard approach and good jokes attract the attention of a target audience.

Humour, unexpected moves, and any non-standard actions can increase attention. The main thing here is not to recreate, otherwise no one will understand. Humour that is too subtle or martian logic are both ineffectual.

It is unlikely that DDB Sydney had heard horror stories about coffins on wheels during their childhood, otherwise the campaign for the new Volkswagen minibus could have acquired a slightly different shade. To attract attention to the new product, they created an actual white box on wheels (they often speak about minibuses and vans for their beauty and design), equipped with new Volkswagen Crafter technologies. Then, VW"s media team posted videos and reviews in industry publications.

Instead of using a traditional press conference or a press release, Canadian soccer team, the Vancouver Whitecaps, decided to show off their latest signings by catching them in Pokéballs in a short online video. In doing this, they were taking advantage of the Pokémania at the time when people were obsessed with the AR mobile app, Pokémon Go!. 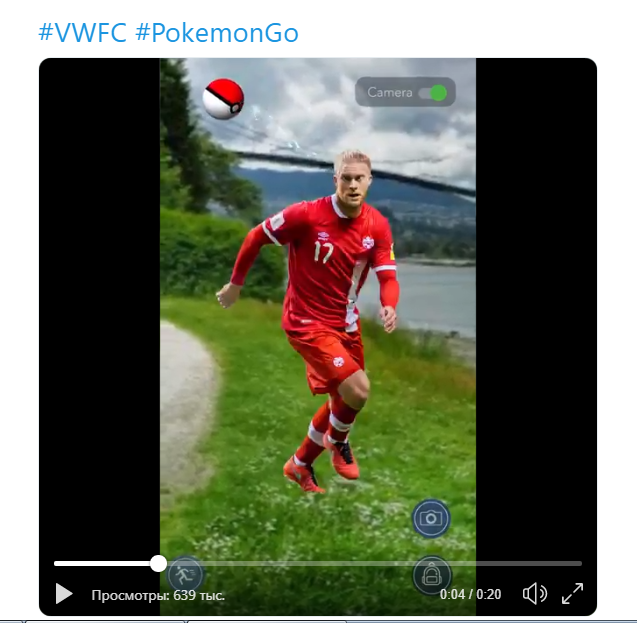 If you were anywhere near the great British KFC chicken shortage of 2018, then you will know that it was no laughing matter. The resultant PR campaign was a masterclass from KFC, as they had to offer their apologies to their hungry customers. This is what crisis PR should look like: apologised, acknowledged mistakes, and showing a sense of humour. 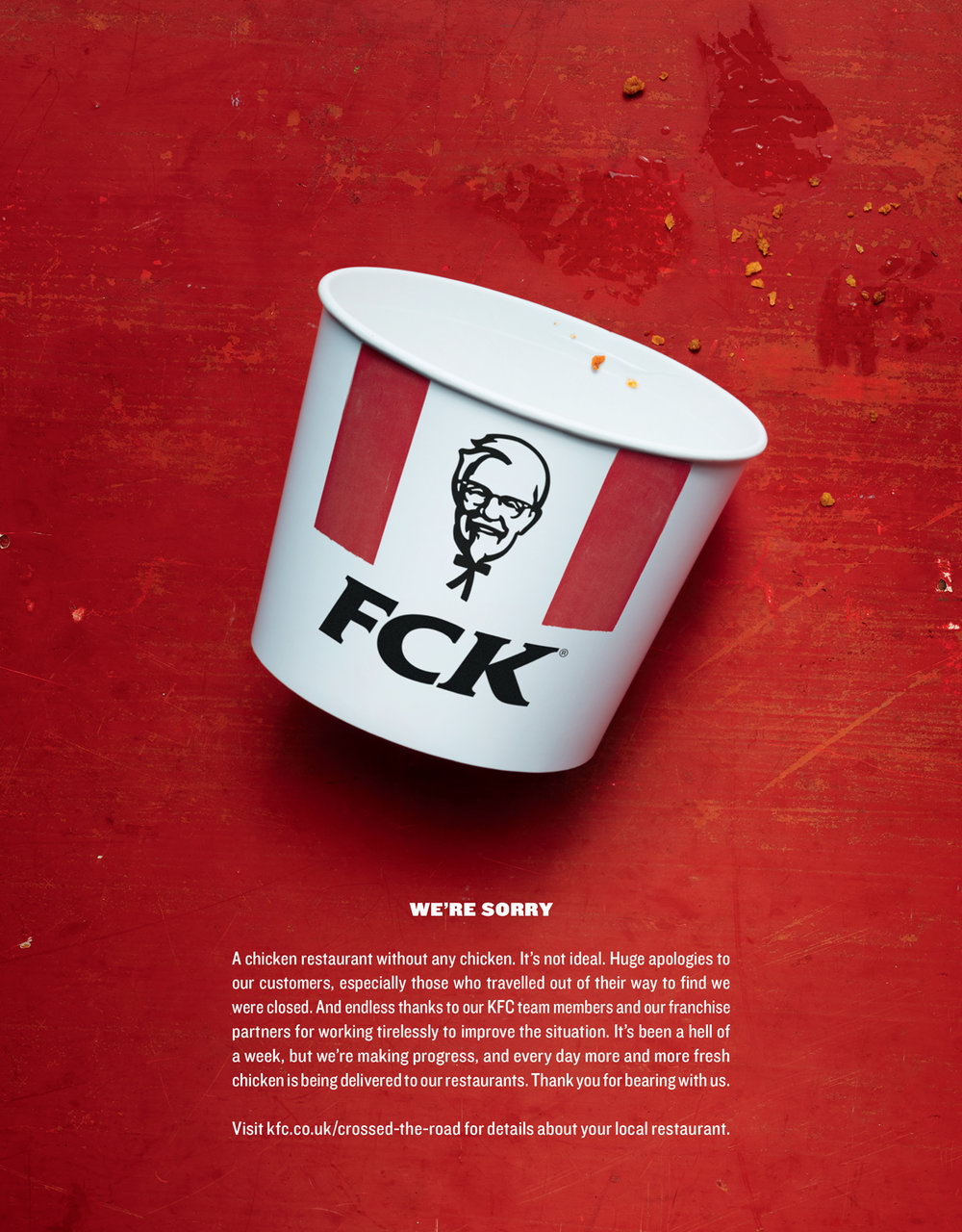 Creating a successful PR campaign means approaching a consumer in the correct way. Therefore, even a carefully planned and creative campaign can fail if it does not address the problems, needs, and interests of a target audience. In order to reach the average brain of a modern consumer of information that is overloaded with information, you have a maximum of 6 seconds. During this time, a person scrolls further on the social network feed, turns away from the billboard, or changes the channel.

Yep, a brand only has a few seconds to successfully engage a brain. So, make sure your ad hits hard before somebody scrolls past your post, walks past your billboard, or flicks past your channel. 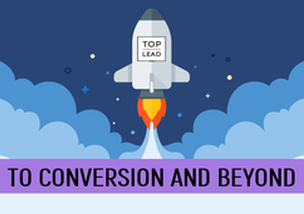 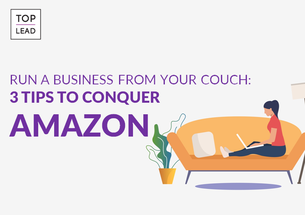 3 Tips to Conquer Amazon: A Guide for Online Entrepreneurs 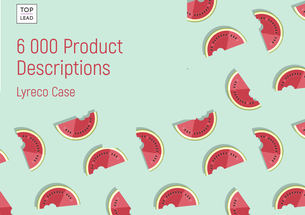 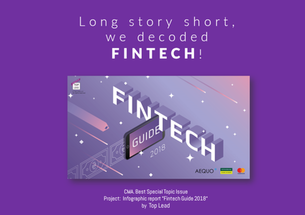 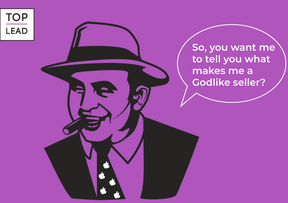 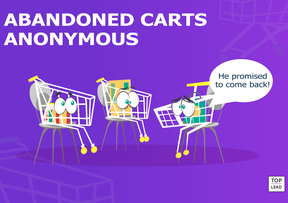