The 2016 report was released in a period when the banking system reforming, and its purging of banks with an inactive business model took place. Ukrainians were shocked by how many banks were withdrawn from the market. Therefore, in the Report, FUIB not only described its achievements but also provided an overview of both the Ukrainian economy and the banking system. The entire report designed in infographics.

There is also a web version. It extends the educational function of the PDF-version and contains columns of well-known Ukrainian economists, bankers and businesspeople in which they express their views on the economy, business and banks. 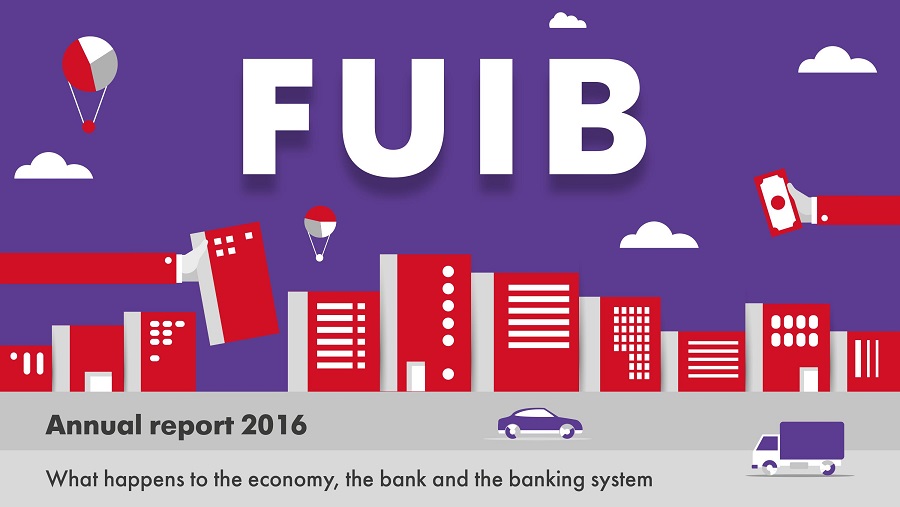 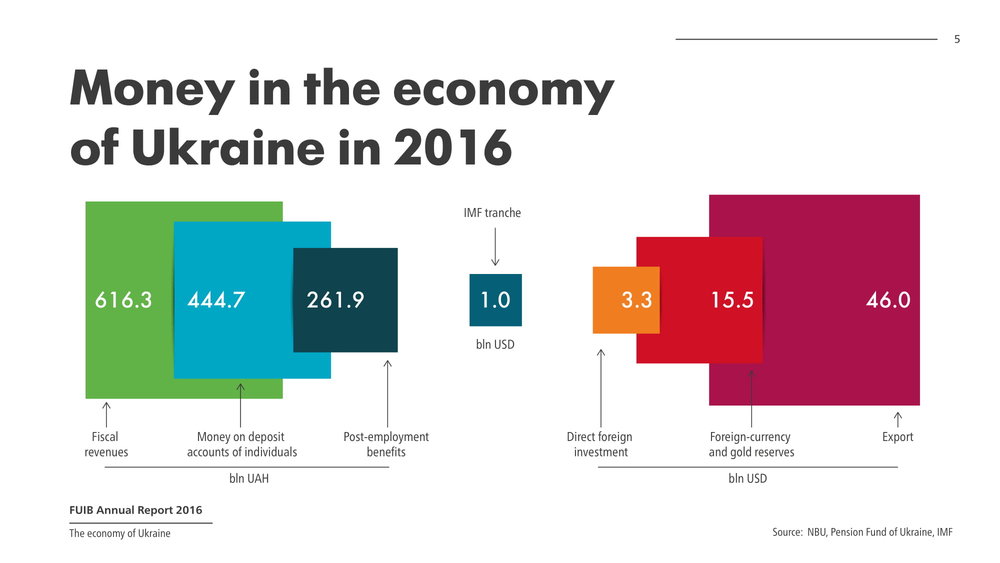 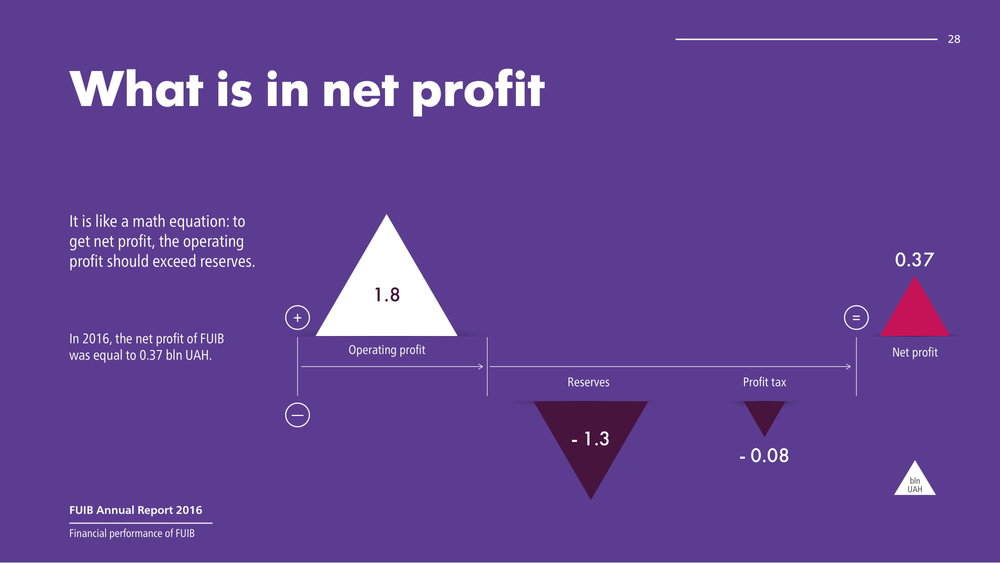 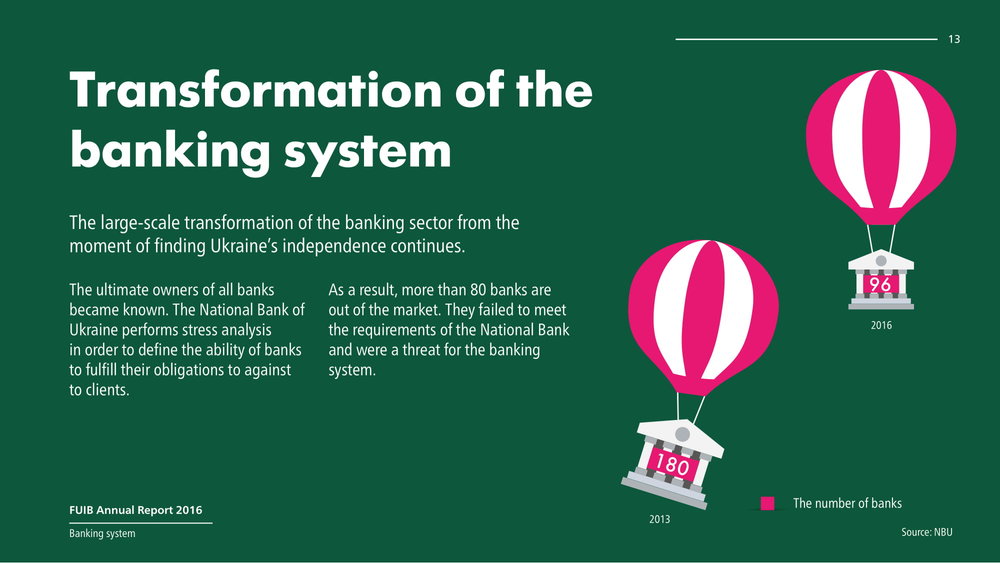 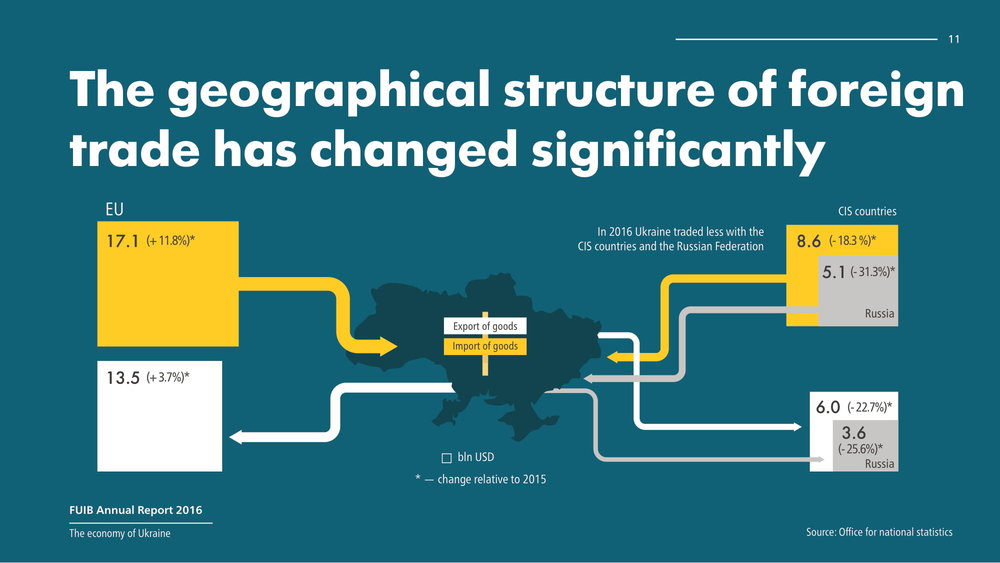 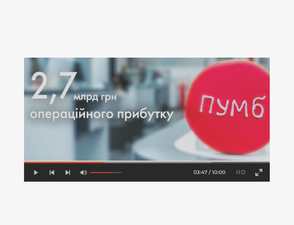 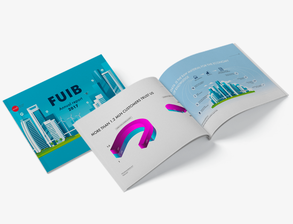 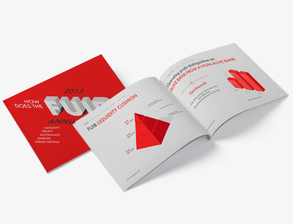 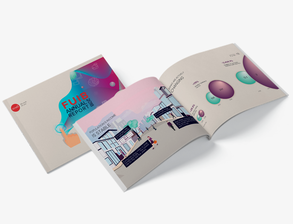